A small crowd gathered for the unveiling of a big mural in downtown Cedar Rapids on Monday evening. Murals & More, which is steadily creating the Cedar Rapids Mural Trail, dedicated the organization’s first mural of 2017 on the east side of the skywalk on Third Street between Fourth and Fifth Avenues.

Riffing on Cedar Rapids’ “City of Five Seasons” slogan, Portuguese artist Pedro Campiche, who works under the name AKACORLEONE, has created an eye-catching mural centered on the words “Five Seasons.”

“I just hope you like my artwork and it portrays the city,” Campiche said in a brief statement during the ceremony. 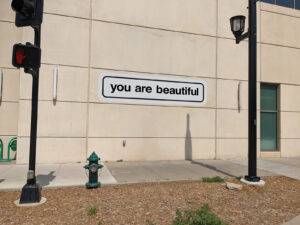 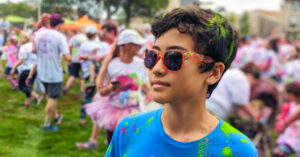 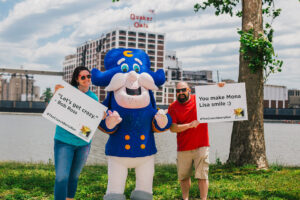 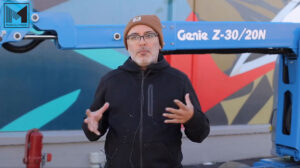 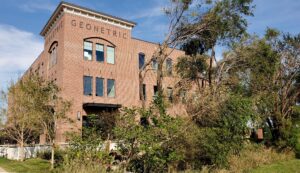 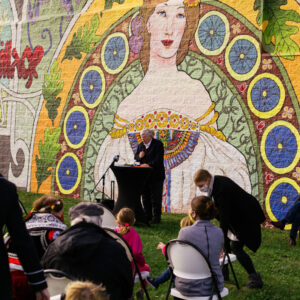